To paraphrase Neil Gaiman (quoting Gene Wolfe, in turn), you never learn how to write a blog. You just learn how to write the blog you're writing. I'll trust that sooner or later what I would like to say (or mean to say?) will sort itself out.
All furniture has been relocated around my apartment, and I keep waiting for the sound of trumpets and the glowing lights to herald in some new creative age where I will know no doubt or hesitation as I bask in the connectedness of it all.
This moment is not coming, and I realize that for all of it, were someone to walk into my place this second, the change would be registered with a moments' nod and then moved past. It is different, yes. But it's no feng shui panacea either. All the art and band posters and candlelight I can muster doesn't conceal the fact that it's still my apartment, and for all my effort, might this have been just another way to kill some time?
Onward.
I have written much in my journal lately about how to slow the onset of depression/stagnancy being brought on by the bleak winter sky in the morning and the cold wind throughout the day. I've struggled to articulate how one must consider, when weighing in on any particular negative obsession, the opposite, positive alternative as equally valid. All things being possible before the mind comes along to make them so, yes? And this, in turn, leads to the question of Is Reality More-or-Less Dictated By Where You Focus Your Energy? Aye.
So, the challenge then becomes (have I gone on and on about this before? I really can't recall but everything these days feels as if I've said it a few times) disciplining oneself into focusing on, if not the positive, at least on seeing both sides of all things. Hell, not choosing positive or negative at all, but standing by watching them try to force their ideologies on you like the Vorlons and the Shadows, and then simply smiling.
That said, one can always use a bit of help. A recent blog from Lady Amanda mentioned the idea of a support staff, people/things/what-have-you that help you get through the daily mill of shit and familiarity. She made the distinction - and I'll keep this brief, as you should really go read her words - between people/things supporting you and doing the work/filling the void/completing the tasks for you. You get the idea. Something that isn't coming.
But supports are nice, and oftentimes necessary.
So I treat the apartment as one more agent of support. Being socially withdrawn to start, and it being winter, my interaction with Real People is at a seasonal low. So I turn, naturally, to this here internet and the four walls around me. I'm quite enjoying both Cat and Girl and A Softer World. Have a look at them after the gap.
The hardest part of this apartment business is that for the most part, I've had to act as designer/editor/executor for the whole process. Moving things around when you're constantly second guessing the placement of it all gets tiring quick. I've been in dire need of a second perspective, and have found none.
Anyway. It's nearly over now. I'm happy with a few things about the place. Here is one: 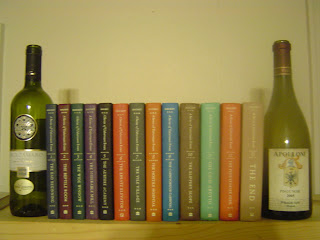 Now I'm going to lay down and watch "Me and You and Everyone We Know." Stay warm.